Print may be dying, but there’s a revolution in new technology 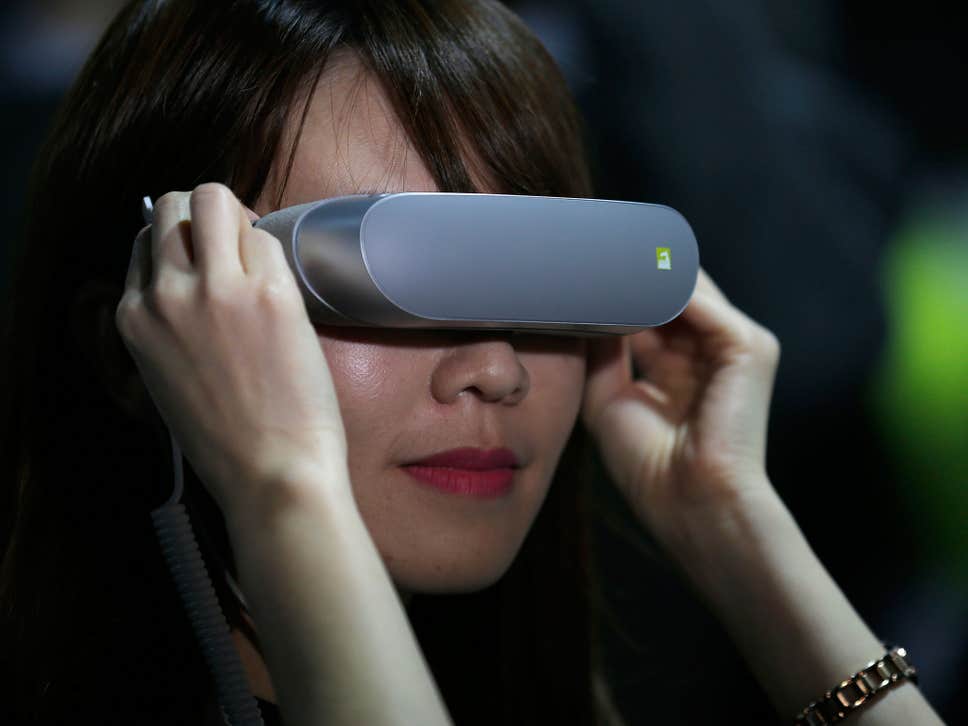 خلاصه مطالب پنهان
The Media Column: Print may become a thing of the past, but there’s a revolution in new technology
The signs are that the technology-driven transformation of society is only beginning
Fuller’s opportunity to beam it like Beckham
McIlvanney’s fight goes on after retirement

The Media Column: Print may become a thing of the past, but there’s a revolution in new technology

In recent weeks, Paul Lee, senior analyst with the professional services giant Deloitte, has been offering a remarkably upbeat prognosis for the future of UK media.

His vision sparkles with the potential of new innovations. From the deployment of super-strength “wonder material” graphene, to cognitive computers that can engage in text conversations, and the growth of fingerprint-based “touch commerce”; the signs are that the technology-driven transformation of society is only beginning.

These past 15 years, Lee says, “have been a golden era for innovation”. Back in 2002, he recalls, we lived in homes with “dial-up internet access [and] boxy television sets”, still relying on such artefacts as “shopping catalogues and fixed-line telephones”. No doubt some Independent readers still value such objects, but not many.

Having covered this media and technology revolution for this paper for those 15 years, I must agree with Lee.

Such optimism might seem misplaced when the news media is undergoing so much pain. The Guardian last week announced 250 job losses, including 100 from its newsroom, just as the final edition of The Independent on Sunday was being drawn up and the paper was preparing its transition to a digital-only future.

A dark shadow still hangs over the BBC, where there’s a worrying prospect of government-sponsored appointees sitting on the board. Threats to the future independence of Channel 4 must be taken seriously and resisted.

But we should also regard the bigger picture. The growth of connectivity since 2002 has given us unimagined access to news, information, entertainment and each other. It’s also been good for the UK economy and helped position London as a global hub for the creative industries.

Who now would return to the days when you could go down to your local Blockbuster, peruse the shelves, carry your chosen video tape home and view the movie in its entirety, all in less time than it would have taken to download it?

Down in Guildford, as you read this piece, a University of Surrey team led by Professor Rahim Tafazolli is working on the introduction of technology that will allow films to be downloaded in five seconds. This 5G Innovation Centre is the world’s first state-funded body ushering in the fifth generation of wireless technology and, with it, an “internet of things” that will connect fridges and TVs and cars to our smartphones. That should happen in 2018, or soon thereafter. It will bring with it the gigabit per second internet connections that may so improve the television experience that satellite, cable and terrestrial broadcasting will become a thing of the past.

More immediately, 2016 will be the year when the much-heralded virtual reality headsets finally take hold. Some experts – including Lee – believe VR will become a billion dollar business this year, though the customer in these early days is likely to be a core video-gamer, rather than the peak-time TV audience.

Commercial TV is in a strong place. It can benefit from changing technologies but remains remarkably resilient in its more traditional offering. Research by Nielsen last week found that 69 per cent of British homes now pay for television, with the largest groups being satellite subscribers (37 per cent of respondents) and cable (24 per cent). Interestingly, although 20 per cent of households use paid for video-on-demand (VOD) services such as Netflix and Amazon Prime, the UK remains significantly below Nielsen’s global take-up figure of 26 per cent.

There was a time, not long ago, when TV cost only the annual licence fee. Now pay TV is an accepted monthly outgoing. Therein is the challenge for the news business, where a once a paid-for commodity is now often given away free.

British TV also benefits from association with the money-spinning Premier League, which begins its new broadcast deal next season. Top tier clubs are becoming so profitable that they can attract even bigger investors, sponsors and players. Virgin chief executive Tom Mockridge suggested at the Media & Telecoms 2016 & Beyond conference in London this month that all 20 clubs should be allowed rights to broadcast their own games.

The American TV market is the biggest of all. And it’s holding up pretty well. In a culture where pay TV has deeper roots, 87 per cent of the adult population watches it. That’s down slightly from 2010 – which was a tough time economically, and more people were staying at home watching TV – but the number of paid subscribers now is around one third more than in 1997. As Lee comments in another positive assessment: “Traditional TV is not dying, disappearing or irrelevant.”

The doom-laden phrase of modern media is ad-blocking. This danger might be overstated. When ad-blocking first appeared, enabling internet users to eliminate commercial messaging from the sites they visited, the software dominated Apple’s App Store chart. But only briefly.

Despite several surveys showing that the public claims to be embracing “ad-blocking”, Deloitte’s researchers are sceptical of how that term is being defined. Many might be quick to shut down online ads that pop up on their screens – but very few (Deloitte says 0.3 per cent of mobile users by the end of 2016) go so far as to download the software. Furthermore, apps – the focus for so much mobile activity – remain free of ad-blocking.

More positive news for UK media: the Zenith Optimedia agency will today forecast a 9.2 per cent growth in UK advertising spend in 2016, the strongest year since 2004. Mobile advertising is set to surge by an extraordinary 57 per cent.

The rise of touch-based payments on mobiles will provide a huge lift for e-commerce. Imagine not having to key in your personal details while expanding the phone screen as you bump along on the bus? But the growth of cognitive technology will also mean more people barking orders at their phones in public, a cacophony that many of us will dread. The relentless rise of smartphones doesn’t mean the imminent demise of the laptop; even millennials are still using PCs in large numbers, often as their favourite place to watch TV shows.

But in one respect we’re still in the dark ages. Across media, but especially in tech, women remain marginalised.

Last week I spoke to Gerard Grech, head of Tech City, the government-backed network of UK technology companies. Grech was at the South by SouthWest media festival in Texas, where misogyny in the tech sector was a major issue. He admitted we needed to do more to encourage female tech entrepreneurs. Only 18 per cent of IT jobs in the UK are held by women, compared to 24 per cent in the US.

This black spot aside, the British media sector, with its unrivalled skill pool, long creative cultural traditions and advantages of geography and language, looks well set. As Paul Lee says, 2016 “promises to be yet another exciting year”.

Much is being made of the potential of Simon Fuller’s plans to use virtual reality technology to create hologram pop stars.

The American Idol creator last week become the largest shareholder in Pulse Evolution, which created a digital likeness of Tupac Shakur for an appearance at the Coachella music festival in 2012 and revived Michael Jackson for Billboard’s awards.

It’s said that Fuller and his company XIX Entertainment might offer the chance to invite a digital Taylor Swift round to perform her hits in front rooms. But one name that hasn’t been mentioned is Fuller’s entrepreneurial protégé, David Beckham.

Becks has been willing to teleport his image via digital means through his investment into MyEye – the British challenger app to Twitter’s Periscope. He has already appeared as a hologram, beaming in to the Adidas launch of its sponsorship of the 2012 Olympics.

He made £48m last year and is set to eclipse Michael Jordan as the world’s highest-earning retired sportsman. How much more can he coin if he exists in digital form in all markets?

McIlvanney’s fight goes on after retirement

Esteemed sportswriter Hugh McIlvanney was at his best covering boxing but never covered a duffing-up like the one he himself has just suffered in the New Statesman. In what was billed as an “appreciation” of the recently-ended career of the 82-year-old former Observer and Sunday Times scribe, his former journalistic “sparring partner” Michael Henderson pulled off the metaphorical boxing gloves to reveal a set of shiny knuckledusters.

After briefly acknowledging the merit of the cigar-smoking Scotsman’s early work, Henderson denounced him for having become a melodramatic windbag. “The sentences that once sang became so labyrinthine in complexity that the reader got lost in the maze. Away from boxing, which was always his strong suit, McIlvanney appeared to worship at the feet of Edward Bulwer-Lytton, the flatulent Victorian who gave us ‘a dark and stormy night’.”

Henderson concluded with a grudging admission that McIlvanney was “blessed with a rare gift” but not before delivering the rabbit punch of saying he was a “bully, braggart and bore”. This was worse than the trash-talking at a weigh-in. Hughie can be as belligerent as some of his subjects from the ring. Like many an old pro from the fight game, perhaps he might be moved to come out of retirement.

News Source:  Print may be dying, but there’s a revolution in new technology 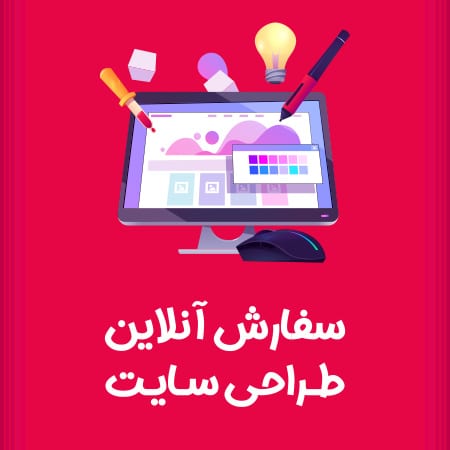 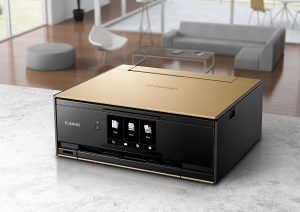 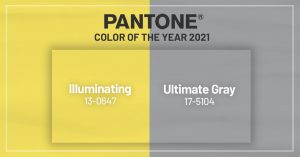 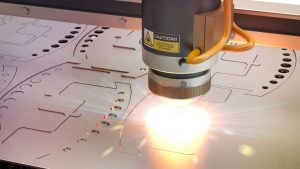